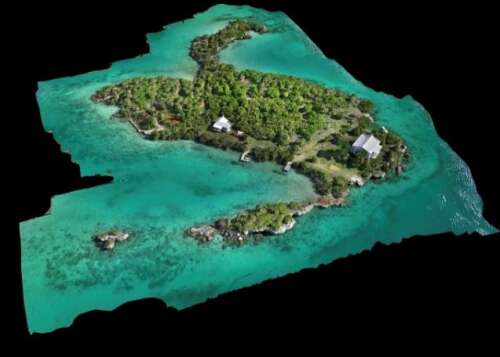 An island charity was shortlisted for an international award for its use of drone programming.

The Bermuda Zoological Society was nominated for a Drone Deploy Award for using Drone Deploy, an internet-based drone mapping programme.

It used the technology to map out areas where it has helped plant micro forests and map Trunk Island, the society’s ‘living classroom’.

A statement on its LinkedIn page said: “Drone Deploy has given the BZS team the ability to virtually document every stage of various projects by capturing Trunk Island and the forest plots from multiple angles, giving them the ability to create 3D models of the entire landscape.”

BZS intern Nicholas Coelho applied for the award under the category of Steward of Sustainability. Despite making the final three in that category, BZS was beaten by Aerial Analytics.

Mr Coelho said that the society used other drones and programmes in conjunction with Drone Deploy to create successive orthomosaic maps, which consist of several aerial photos taken by drones. To ensure a purely top-down perspective, these photos are often geometrically altered.

Mr Coelho added: “We can then take these maps and 3D models [produced by the drones] to the classroom to educate our students on the importance of conserving our natural resources and help foster environmental stewardship at a young age.

“We can help bridge the gap between technology and environmental stewardship by showing these children the usefulness of drones in our everyday lives.”