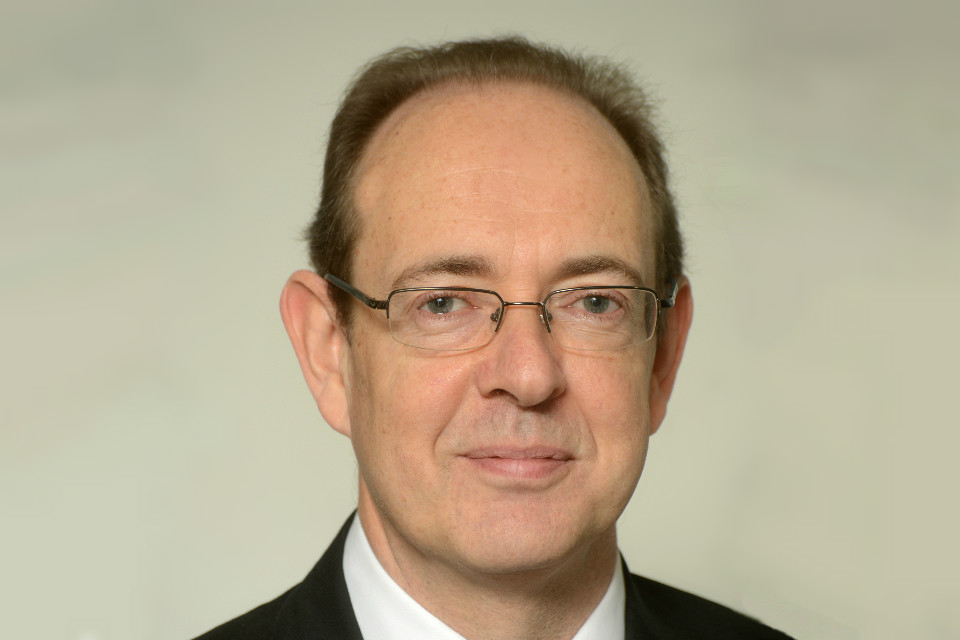 We don’t need to look back very far to see that we are now living with the very real impacts of the climate emergency. Here in the UK, this summer, we experienced our highest-ever recorded temperatures as the Met Office confirmed that England had its joint hottest summer on record.

Internationally, the reality is even bleaker: we saw wildfires raging across Europe; China experienced its worst heatwave in decades, and devastating floods in Pakistan ripped through communities killing 1500 people and displacing millions.

That 2015-2021 were the planet’s seven warmest consecutive years on record should tell us all that we need to know about our climate: that this is our new reality and that it’s time to start paying serious attention.

We also know what’s caused it. We can be no doubt that the great advances in industry and technology since the industrial revolution have improved our lives immeasurably. However – as many have rightly pointed out – our reliance on greenhouse gas-emitting technology has caused the climate to change to the point that we risk destroying the natural systems on which we all rely.

This has further led some to claim that capitalism is the enemy of the climate. That’s a highly contested point, and debating it isn’t get us very far. But no one can seriously dispute that to accelerate the adoption of the innovation and technology required to address the climate emergency, unlocking massive private sector investment in a green future is essential.

Today I want to talk about why I think the private sector is the most powerful tool we have to meet the challenges of climate change. And that’s good news because tackling the climate crisis is not only the right thing for the planet but also crucial for any business that wants to survive and thrive.

The solution: mitigation and adaptation

So, let’s continue on a positive note: we see action. Internationally, last year’s COP26, the UN climate conference in Glasgow, saw significant pledges as countries came together to boost climate cooperation, commitments to stop deforestation, and a plan agreed upon by more than 100 countries to cut 30% of methane emissions by 2030. We can and should continue to expect governments to push this agenda forward. At COP27 in Egypt next month, we can expect a further focus on how the public sector can commit to unlocking green finance opportunities.

At the national level, in the UK, we became the first major economy to make a legal commitment to achieving net zero emissions. This will mean getting to the point where we will be taking as much carbon out of the atmosphere as we are putting into it and therefore are no longer contributing to climate change. Green technologies such as carbon capture and storage will have a key part to play here. And the new government has been clear that business investment and growth will be central pillars as we seek to reboot the UK economy.

As individuals, we all have a part to play in our everyday choices: how we travel, what we eat, and how we spend and invest our money. That is a crucial business opportunity, as consumers increasingly view their spending choices through a climate lens.

But there is another side to the climate coin – adaptation – because we are already living with the impacts of climate change. Adaptation is how we change the way we live in this reality: how we build, travel, and work. Successful adaptation will only be possible through continued action by businesses and investment in the innovation and technology that this new reality requires.

Smart business: the role of the private sector

Looking back over the evolution of capitalism – from the UK as the “workshop of the world” through the digital revolution to the fourth industrial revolution – we know that successful business innovates. Smart business adapts and disrupts; businesses that fail to innovate will eventually fail.

And when it comes to the climate emergency, business is stepping up to the plate. In August, I visited O.C.O Technology in the southwest of England to see the company’s technique that turns hazardous waste – which would have otherwise been sent to a landfill – into a non-hazardous resource for use in construction materials. This process is net carbon negative, and production in one year is equivalent to planting more than half a million trees.

Meanwhile, Gigastack is leading a project in the Humber to develop technology to produce green hydrogen using renewable energy from one of Europe’s largest wind farms.

All of these businesses are expected to capture significant levels of carbon dioxide through technologies that make sense for the environment and business – innovating for green growth and adapting to support the fight against climate change.

Pay it forward: the opportunity.

So why should businesses be doing this? I could tell you it’s the right thing to do because it is. But there are many reasons – I’ll draw your attention to three.

Reason one: risk. How and what businesses invest in is critical in influencing the impacts of climate on a global scale and helping businesses manage future risks. Example: in the UK, we have felt the impact of climate change over the last few summers through extreme flood and extreme heat events – data systems failed, railways buckled, and the underground flooded. These events are going to become more common. Businesses must consider climate change as a risk to business continuity and climate resilience as a prudent investment in the good management of future risk.

Reason two: reputation. How businesses address these risks matters for their reputation. Businesses that demonstrate a knowledge of climate risks and have the plan to mitigate them will appeal to shareholders, investors, and the public. They will also attract talent: in a tight labour market where everyone is competing for the top talent, tackling the climate emergency is one of the biggest draws for young people. And the highest-performing staff are increasingly driven by purpose.

And there’s a reason right now why we should encourage all companies to invest in the kind of technology on show at this conference and a greener future: it’s the way to secure the growth, jobs, and prosperity we all want.

The role of Green Finance

In 2019 the UK government set out its plans to green the financial system and make the most of the opportunity of the transition to a net zero, resilient economy through the objectives outlined in its Green Finance Strategy.

And last year, the government also published a Roadmap to Sustainable Investing, which set out a path to sustainable disclosure reporting. Consistent, defined disclosures will help provide a level playing field in environmental reporting and the information required to support decision-making for businesses and investors. And so are vital to ensuring long-term growth.

What is the Environment Agency doing on Green Finance?

The Environment Agency is a key player in this work on Green Finance.

We work directly with the government and businesses to advise on the frameworks and policies to support the transition to sustainable investment. For example, our scientific and technical expertise is being used to provide clear definitions to include in businesses’ sustainable disclosure reporting. This means businesses can be confident of a level playing field. Consumers can be confident that green is green – and that those doing the right thing benefit from their investment.

We are also taking action on the ground. The Environment Agency and Defra have collaborated on the £10 million Natural Environment Investment Readiness Fund, which has provided grants up to £100,000 to environmental groups, local authorities, and businesses to help them develop nature projects that can attract private investment. These projects will help the private sector understand, invest in, and scale up activities that deliver better resilience to climate shocks in the years to come.

There is a simple reason why the Environment Agency is doing this: we have placed tackling the climate emergency at the heart of everything we do. We work directly with the sectors we regulate to advise industry on how to decarbonise, reduce environmental risks and implement new technologies. We are helping businesses consider the future impacts of climate change on their operations to support the innovation which will drive economic growth.

Governments, businesses, and NGOs cannot do this alone. We hope that by contributing to this work, in the future, we will have a strong framework for how businesses, government, and NGOs can work together to address the challenges of climate.

I remain what is these days becoming quite unfashionable: a climate optimist. This is because we see change worldwide in how people think and act on climate. Whether that is on the international stage; through commitments made by individual governments, businesses investing in low-carbon solutions; or the decisions we all take as individuals – because the climate is everyone’s business.

But the private sector is the most important factor because it has the pace, power, resources, and ability to innovate that other sectors unmatch. What businesses invest in can be a driving force in the fight against climate change and a strong economy. By tackling the climate emergency, smart businesses are doing well by doing good.

British Prime Minister Margaret Thatcher was famous for her strong commitment to the free market. She is perhaps less remembered today for another strong stance she took. She was the first major world leader to call, at the UN in 1989, for action to tackle climate change. And she saw no contradiction between the capitalism she believed in so strongly and saving the planet. On the contrary, she made a powerful argument that only business and the free market could do that.

In that landmark speech in 1989, Mrs Thatcher said this:

“As well as the science, we need to get the economics right. That means first, and we must have continued economic growth to generate the wealth required to pay for the protection of the environment. But it must be growth which does not plunder the planet today and leave our children to deal with the consequences tomorrow.”

More than thirty years after that landmark speech, we have made massive strides in recognising and starting to tackle the climate emergency. But the role of the private sector in doing so remains as critical now as it was then. As they say in Silicon Valley, the best way to predict the future is to invent it. I encourage you and other businesses worldwide to invent the green and prosperous future we all want.