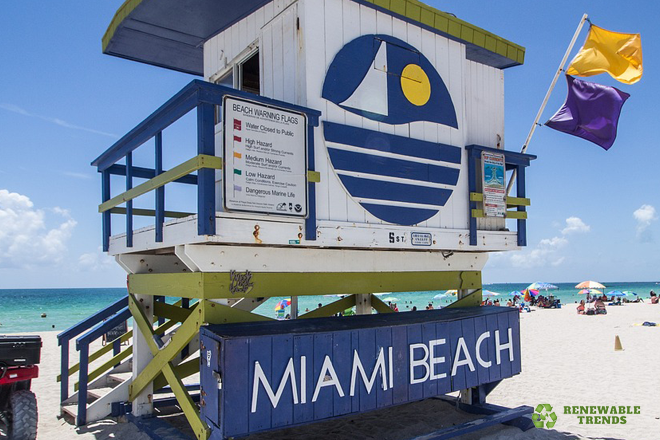 When FEMA decided to downgrade flood risks for the Greater Miami area two weeks ago, it was a true bipartisan breakthrough that promised to deliver results for our region and a credible political path forward for our country.

This was especially important for the cities of Miami and Miami Beach, which are particularly vulnerable to the effects of natural disasters like storms and floods.

While scientists continue to argue about where the climate is headed, protecting Floridians' livelihoods and lives is an urgent concern in the wake of Hurricane Ian's devastation to homes, businesses, and cities across the state.

The idea behind it was straightforward and based in Florida's past: we see the natural world as the engine that drives economic growth, rather than a potential roadblock. Our entire economy relies on the high quality of our water, air, and land, which includes the pristine Everglades and the stunning beaches that line its shores.

Increasing economic risks to homeowners, businesses, and communities can be reduced by reforming zoning and building codes to reduce flood risk. Finally, we ensure Greater Miami's economic growth and sustainability by funding climate-friendly infrastructure of the future.

Just as Florida updated its wind-resistant building codes after Hurricane Andrew, voters in Miami approved the Miami Forever bond, and the Miami Forever program is still being implemented. This will update and expand a number of climate-adapted capital projects to mitigate risks, address flooding, and make structures resilient to superstorm water. In an effort to reduce the likelihood of flooding and the extent of water damage caused by superstorms, we have revised our Stormwater Master Plan.

Together, these safeguards lessen the possibility of damage from floods and other storm-related disasters for people living in and operating businesses. As a result of FEMA's downgrades of flood risk, insurance companies can now pass those savings along to homeowners and businesses, saving everyone money. This makes the country more competitive for new industries and lines of business, which in turn attracts more capital investment. Since sunny-day flooding worsened years ago, and since NOAA scientific data confirmed that South Florida will be affected by sea level rise, the city has taken ambitious action.

By taking these measures, we were able to raise our Community Rating in FEMA's system and subsequently reduce flood insurance premiums for Beach residents and businesses by 25%, or $8 million annually. We used the predicted sea level rise in our planning and immediately put it to use in our efforts to lessen the impact of flooding.

We have spent over $200 million on finished projects with extensive stormwater systems, which includes 11 miles of elevated roads. Our seven-mile coastal dune system provides protection from storms and rising seas, and it is now surrounded by a beautiful beach promenade that is popular with both locals and visitors.

Keeping in mind that the state of our environment directly affects the health of our economy, we have prioritized taking sensible, actionable steps to lessen our vulnerability to storm water damage and strengthen our ability to recover from its devastating effects. Still, it's a step in the right direction, and a practical means of mitigating our financial and insurance risks while providing some assistance to the hardest hit communities.